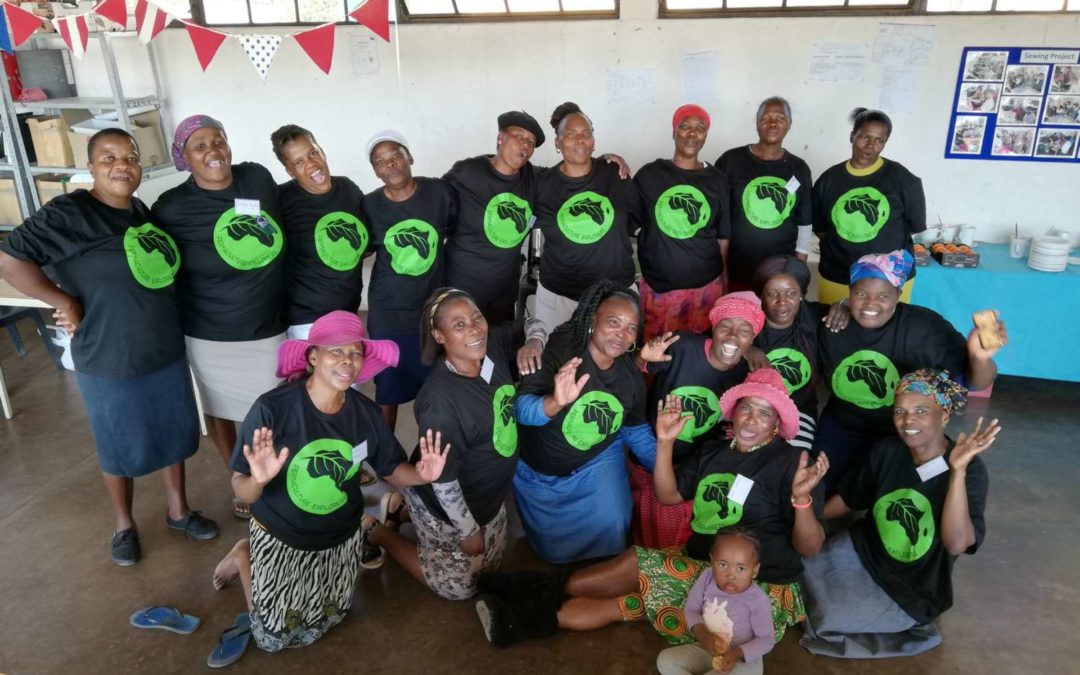 The initiative by Zingelwa Ulwazi (ZU) to train rural women in Acornhoek that stay in RDP houses is a good way of empowering these rural women who live below poverty line with children to look after. ZU trains these women to be able to develop their own permaculture gardens and also basic business skills. The aim is to help these rural women to plant their own vegetables for food security and herbs for optimum health.

The idea of only involving women is great because they are the most important part of society; they are the ones that hold families together. I believe that once you train women to grow healthy food for themselves instead of buying from the supermarkets, it is actually the most practical way of improving the health of the whole family. If you grow and eat from your garden, you know exactly what you are eating, unlike when you buy from supermarkets because of the high usage of chemicals within commercial farm. Permaculture farming encourages people to use organic manure that is natural and nutritional for optimum health.

Women are the most critical component of our societal existence

Unfortunately, still to this day, women are still marginalised, in particular Black women, undervalued and discriminated against by the larger society. This is the most disgraceful belief that is still practiced in Africa and the world at large.  Men have had an unfair advantage over women for so long now, whereas in reality women are much stronger mentally and emotionally, compared to men. Women are the nurturers, they are courageous, compassionate and full of love.  We all came from our mothers, with all the so called “powerful men” of this world, they were birthed and nurtured by women. They are the best leaders you can ever imagine under the sun. In fact if one can think about the amount care a baby needs from infancy to teenage years, it is just too much for one person to perform, it’s a grand responsibility and a huge task.

The saying that if you educate a woman, you are educating the nation is very true because a child is nurtured and cared for by the mother, the father is just a supporting figure during the early stages. Naturally a child always follows his or her mother; the same rule apply to animals, meaning that females are the pillars and strength of any family, not men as they claim. 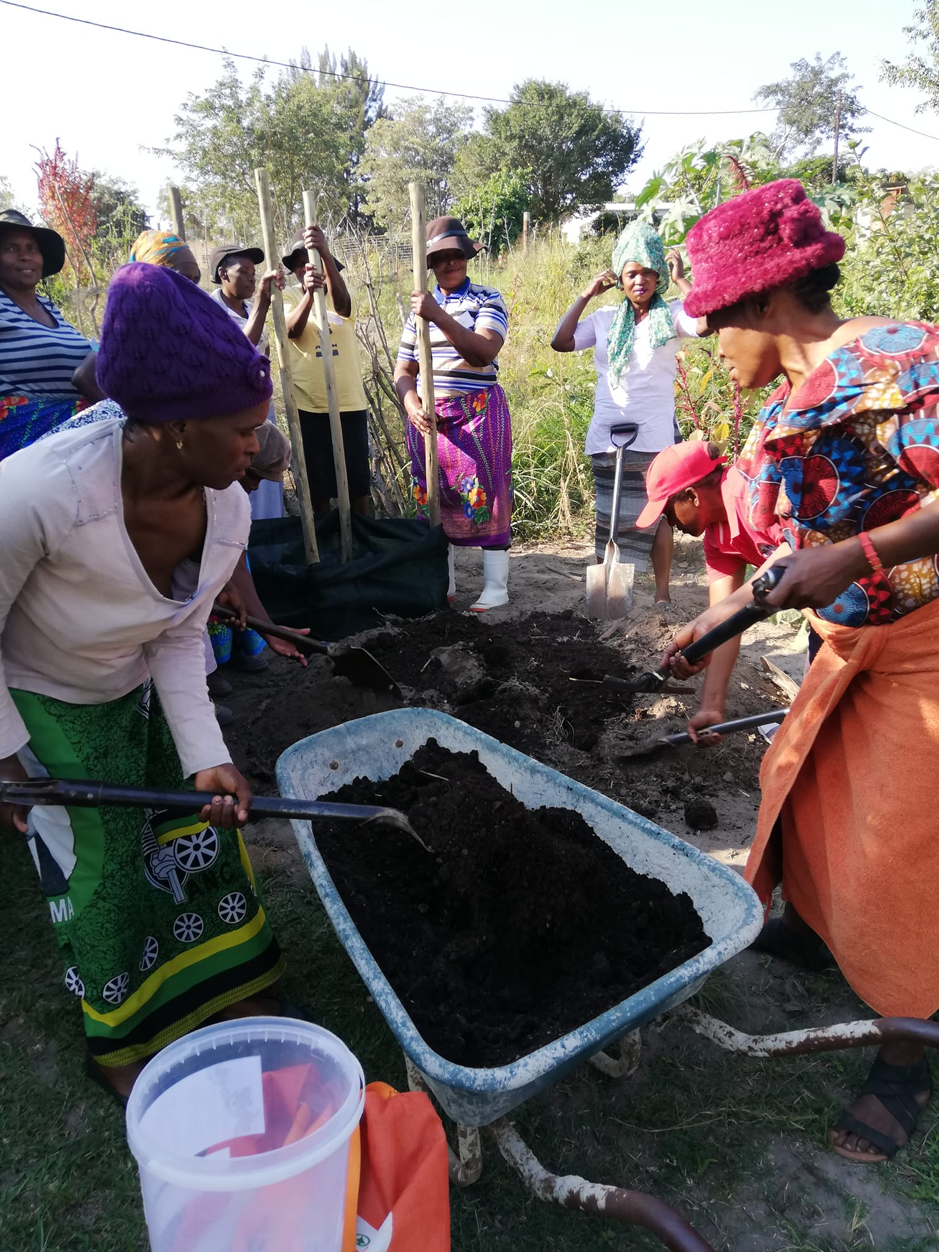 You reap what you sow….women from RDP settlement in Acornhoek spreading natural manure before planting

So Zingelwa Ulwazi made a good decision of empowering these rural women to be permaculture farmers and good entrepreneurs. In this way it means even their children will definitely carry on with the farming skills and in that way the next generation could be saved from possible starvation and can enjoy the best healthy, nourishing food.

ZU has about 19 women from an RDP housing project around Acornhoek that are part of the permaculture and entrepreneur skills training initiative.  If for example, one RDP household houses about 4 family members, it could well mean that 4 family members out of the 19 families are well nourished and their parents could as well raise some funds through selling of surplus vegetables and herbs. So in essence it would mean that ZU helps more or less about 76 people to have healthy and nourishing food and herbs that could change their lives for the better. Automatically some people will develop an interest and the present trainees could teach them to do their own home gardens. Can you imagine how many people could end up producing their own food in 5 years or so because of this ZU initiative? This could be a sustainable practice in this area and beyond as other communities would learn from them. This initiative is a practical example of the Asset Based Community-led Development system (ABCD) and of the Eco-village Design Education (EDE) which are proving to be the best form of development of any community. This is ZU’s pilot project and if it goes well it might be adopted in the other provinces of South Africa and could be the right “buffer” to hunger and malnutrition.

“South Africa is largely deemed a food secure nation producing enough staple foods or having the capacity to import food, if needed in order to meet the basic nutritional requirements of its population” (FAO 2008). Hart et al (2009) supported the argument that South Africa seems to be food secure at national level but the same cannot be said about households in rural areas.

The last sentence of the above paragraph says little about a situation that is dire. Actually the situation is more than these few words above; food shortage is increasingly becoming a serious challenge in the poverty stricken outskirts of rural Bushbuckridge because of the lack of employment. Generally people have got so used to buying food from the supermarkets, rather than growing their own, and the current escalating food prices makes it literally impossible for some families to provide for their mostly large families that have to survive from the paltry government child grants of less than R500 per child per month.

So the initiative by ZU to train these rural women from the RDP households in Acornhoek area to be able to produce their own food through development of home gardens, and the fact that they are also taught basic business skills to be able to sell their surplus vegetables and support each other, is a best idea from ZU. This initiative has a potential of expanding beyond the pilot stage and could well be adopted by other like-minded organisations. The knowledge acquired, if well passed-on to children, could as well be a generational practice and a survival tool to survive the harsh changing climatic conditions. The problems of food security seem to be increasing every year if not every day according to the survey by Statistics South Africa 2009, which revealed that over 20 % of South African households were facing inadequate or severely inadequate food access. Then one wonders as to what could be the survey today of food access in this country. Probably at the highest if one takes into consideration today’s situation. 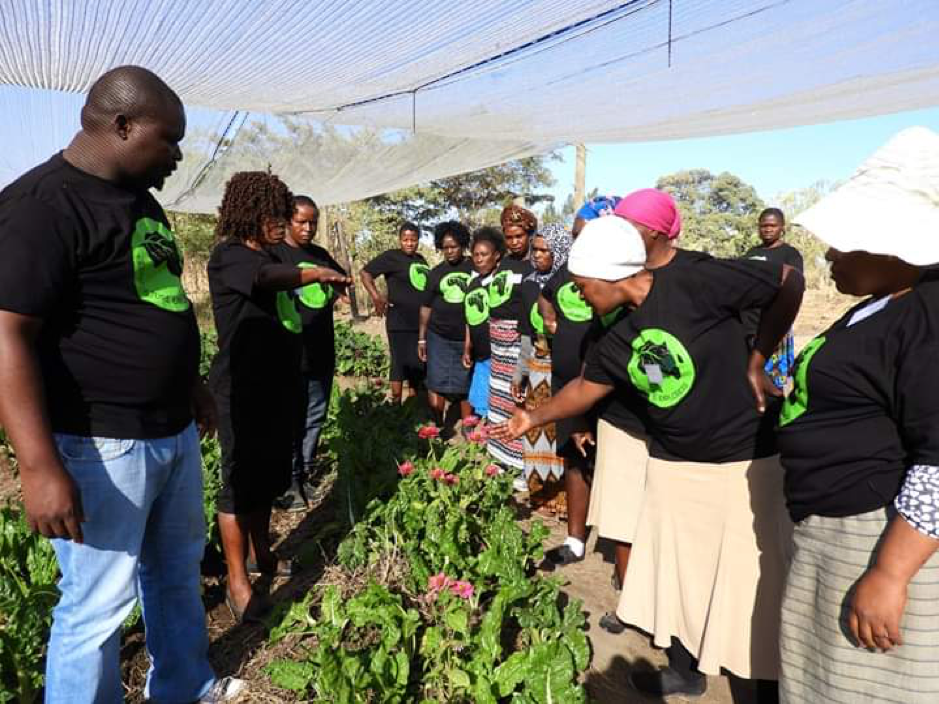