Water is the basis of all lives

Water is one of the oldest natural resources; it has not changed its chemical formula of two parts hydrogen and one part oxygen (H2O). It is the most critical component of all lives and our bodies as humankind are known to be about 75% water. Water gives life to all forms of lives, animals and plants are also dependent on water for survival. Water supports life: for our body to perform at its optimum level, it needs at least three to five litres of water a day, depending on the size of the individual. Unfortunately natural clean water is becoming more and scarce in the last ten years or so. The water quality is very poor in most third world countries because it is contaminated or polluted by industrial activities. The situation is worse today because of climate change and global warming. Although climate change and global warming were long discovered by scientists and predicted by so many entities in the last fifteen years or so, surprisingly not even a single country took the warning seriously. Instead they continued engaging in the same activities that were said to be contributing towards massive carbon emissions and rapid depletion of the ozone layer, like the mineral extractive industries, industrialised farming systems and the destruction of natural environments, like deforestation.

Naturally the environment had abundance of super clean and healthy water before humans started polluting it with chemicals that are used in mining activities, oils from heavy earth-moving machines and fuel leakages from trucks and earth-moving equipment. Dirty and contaminated waste discharge like raw-untreated sewer waste, medical waste from hospitals, like blood. The once-used disposable nappies are also a serious problem when it comes to be water quality because they are a major contaminant of our rivers.

Approximately 97% of water is found in the sea which in turn covers about 70% of the Earth’s surface. It is therefore very scary to learn that it is the only 3% that is fresh water and to make things worse, it is the paltry 1% of the 3 % that is available for life universally because the rest is in the form of ice in the north and south poles. Now you can imagine that we are destroying the 1% that is clean and consumable. We should not be fooled by the massiveness of the ocean and sea to be water that we can use, no, we cannot. Besides, the water that is in our rivers is either contaminated or polluted and it needs to be chemically cleaned before consumption.

To re-cap: Fresh consumable water is estimated to be 1% or less. That is our rivers, wells, springs etc. The 2% is ice water which is in ice and glaciers. The most water is the sea, which is salty and non-consumable raw. Now, if one imagines the fact that plants, animals and humankind are solely depended on the 1% water for survival, its scary. Isn’t it? Water is critical for human existence. Humankind needs water to keep our bodies hydrated and healthy. Lack of water in a human body causes dehydration and the body becomes susceptible to ailments and eventually death can occur. So judging by the water status today, one can confidently conclude that Mzansi is facing real water shortage crisis.

One will not exactly know the essence of water until you get stuck for days in a desert without a drop of water. We will possibly wait for the day we run out drinkable water for this present batch of human beings to realise that water is life. Without water we will be without life. If there will be the third world war (3rd WW), it will certainly be about water access. Countries will be fighting for water access in the near future, yet we are still pretending that water is not as important as our mining operations, large scale monoculture plantations like the industrial timber plantations (ITP’s), excessive sand mining, and many other forms of environmental destruction that are disguised as development and job creation. The environment is a complete entity, it is certain that it does not need any help from human beings for it to exist, nature is a complete automated system that operates on its own. In fact we all come from nature, hence she is referred to as Mother Earth.

Unless otherwise, unless we change our behaviour of destroying the environment, we will face a catastrophe that is directly caused by human’s greediness for wealth accumulation. Unless we start today to mitigate the effects of climate change and global warming, we are in for a real hard time ahead of us and especially the younger generations that we are so unfair to.

So naturally we are giving only 1% of water to share equitably with the animals and plant kingdoms. Humankind has over the years destroyed water resources by pretending that they bring development and create job opportunities. The damage that we have inflicted to the environment is beyond measure, it is immerse. Our rivers are mostly contaminated or heavily polluted, some to the extent of poisoning and killing livestock and being too toxic for irrigation purposes. 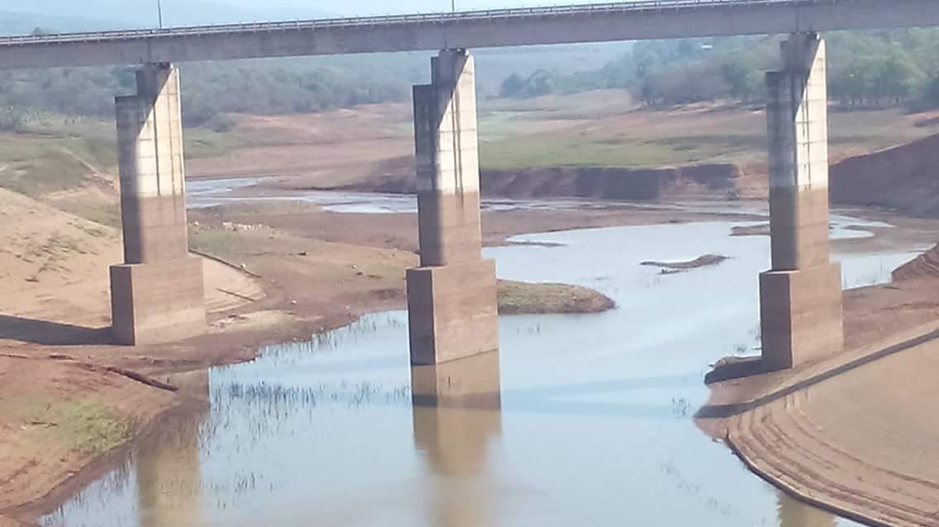