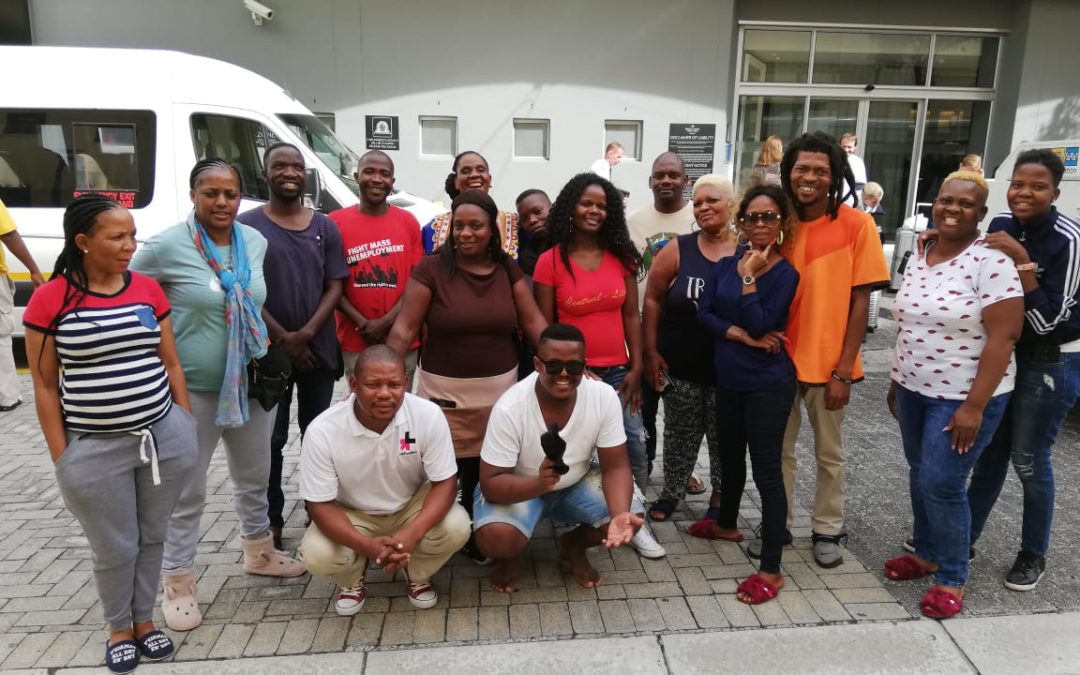 First of all I would like to thank each and every one who donated and made an effort towards this. I really appreciate everything you have done for me. The trip to Cape Town was very good and useful.

I managed to attend the 10th Alternative Mining Indaba 2019 – known as the AMI – at Double Tree Hotel in Cape Town.

The welcome and opening was done by the secretariat of the AMI, Mandla Hadebe, who is acting Executive Director of the Economic Justice Network (EJN). Bishop Naison Shava from the Zimbabwe Council of Churches gave us a theological reflection from Faith Based Organisations, and their role in the AMIs. The progress,  achievements challenges of the AMI were presented by Felix Ngosa who is the AMI SC Chairperson.

We had a keynote address from Hon’ble Mbuthuma who is a spokesperson for the Amadiba Crisis Committee in Xolobeni, South Africa. She addressed the hall about the process of the case they are facing in Xolobeni and how far they are now. On the 20th March there is a march and they need support from us as affected communities.

Our first Panel Discussion talked about 10 years of advocacy: the AMI then, now and in the future. On the Panel were:

Fortunately the CEO of Anglo American, Mr. Mark Cutifani, was present in the meeting and he was part of the Panel Discussion. All presenters tried to show the importance of the AMI. They said that since the AMI started they have seen changes and progress around their villages and country. They wish for the AMI to continue. But Mr Mark Cutifani made people wake up in the meeting after he said in his presentation: “We as miners provide affected communities with water, electricity and housing”. This is where we started to make a noise because what he was saying is not happening at the grassroots. They protected him and he also said he is willing to work with us. That was an interesting panel.

On Day Two we gathered as affected communities from an organisation called MACUA (Mining Affected Communities United in Action) as we were doing social audits in different provinces and we were launching it on the 05 February 2019. The purpose of the launch was to give other Provinces the outcome of the Social Audit and the usefulness of it. We managed to do that and people were very excited about the presentation. They saw it as progress.

In Limpopo Province we did the Social Audit in Monametse around Atok, based on Bokoni Platinum Mine. Eighty percent of households responded. We drafted a questionnaire about the Social and Labour Plan (SLP) and found that no one knew about it or had seen it; and no one was part of drafting it. It was a hard experience because most of the respondents were youth. You can see that the mine doesn’t take us seriously. Action Aid and CALS helped us by digging for Bokoni Platinum Mine’s SLP. The SLP included some projects that they were supposed to implement but they hadn’t. The biggest problem faced by Monametse is air pollution, according to the respondents of the surveys. Numerous forms of pollution are a primary concern for the community including noise and water pollution. This has impacted on the community’s access to sufficient, safe water. We as affected communities really support this Social Audit. What is really exciting us is that CALS supports MACUA left and right and they are willing to give us more documents regarding information that we need and RMI  want to support us. There is more to tell on this.

On the last day, on 6 February, we marched to submit a memorandum to the Office of the Mines. The march was led by Bishops from different churches and the steering committee of AMI followed by affected communities (MACUA).