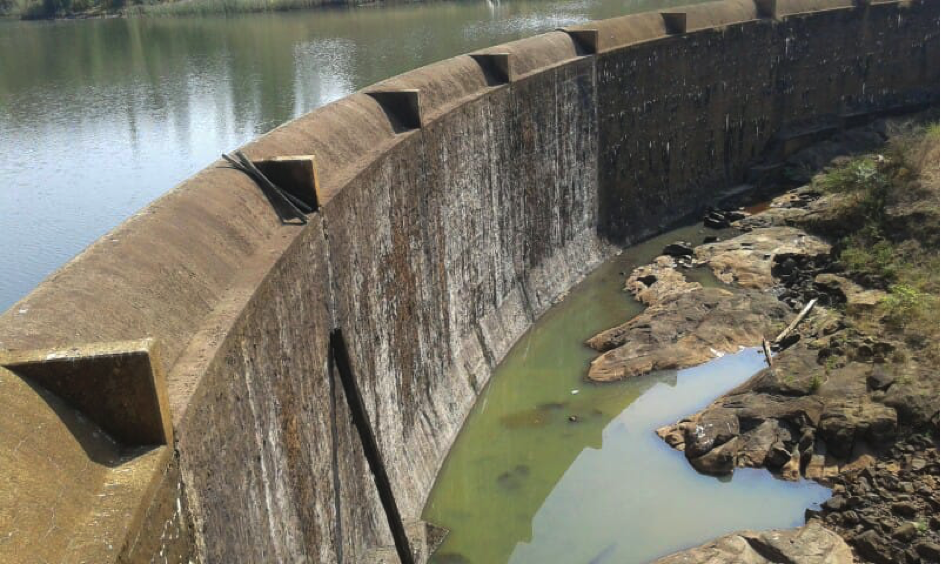 Bushbuckridge is one of the areas that were declared a “Presidential Nodal Point” in 2001 during Thabo Mbeki’s first presidential tenure. A presidential nodal point is a municipality that is identified a high poverty area and these municipalities are declared by the President of the country.

Bushbuckridge is a rural area in the eastern part of the Mpumalanga province. It has a high rate unemployment and people depend on casual construction work, government grants and selling fruits and vegetables along the road and taxi ranks for survival. The majority of the people receiving government grants are young mothers and those selling fruit and vegetables are elderly women. Beside poverty and unemployment, Bushbuckridge once plunged into an ethnic clash between the Tsonga-Shangaan and Mapulane tribes which caused deeper scars to this community. As if that was not enough, the dawn of a democratic South Africa was seriously tested by this community when they demanded that Bushbuckridge be incorporated to the Mpumalanga province from Limpopo province.

I remember Bushbuckridge to be a protesting community since my school day around the mid-1980’s when we were fighting the apartheid regime. After the dawn of this present so-called new democracy, Bushbuckridge still continued with service delivery related protests and marches. The main concern in most cases is the shortage of potable water, followed by all these other complaints like lack of access roads in the townships, shortage of RDP houses and corruption amongst officials and politicians. The potable water supply problem has now escalated to the upper Sabie sub-catchment. The lower Sand sub-catchment has been water-stressed for many, many years now. 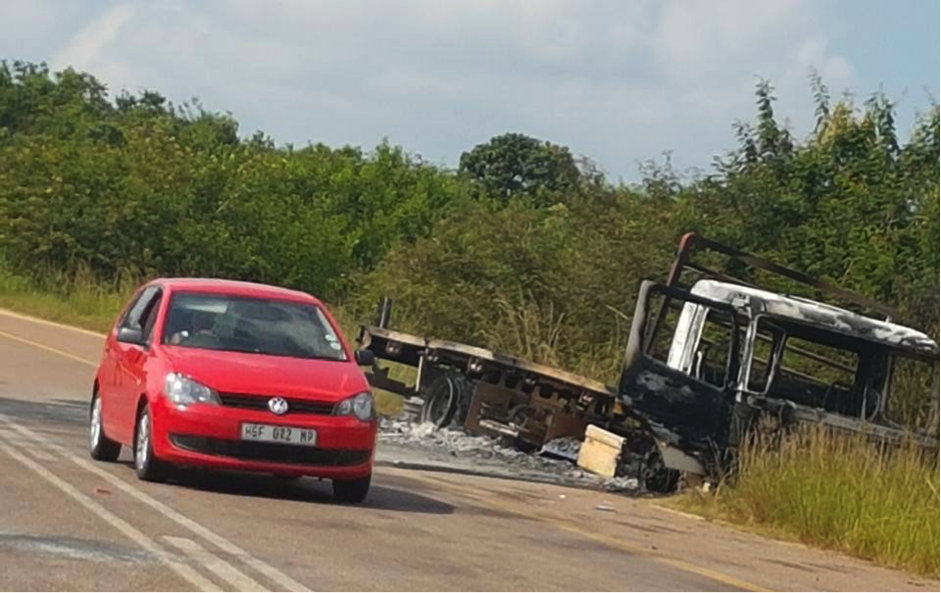 A truck burned down by protesters in Marite, Bushbuckridge

Below is a link to news about water protest in Bushbuckridge

Bushbuckridge has two sub-catchments, one in the upper south- west part known as the Sabie and the one in the lower north-eastern part is known as the Sand. The Sand sub-catchment has always been the most stressed of the two catchments. The weak river downstream flow of the lower Sand sub-catchment has been linked to the high volume of industrial timber plantations (ITP’s) in the Mariepsko mountain range which stretches from Hoedspruit up to the Graskop area. The Mariepskop Mountain is over-planted with gum trees and pine trees. Gum trees or eucalyptus are high water-using species which use an average of 120 litres of underground water per tree per day, therefore reducing water downstream flow of the rivers in Sand sub-catchments. The shortage of water in Sand river sub-catchments is directly linked to the gum tree plantations up the Mariepskop Mountain. How do we know? Well in 2000/2001 the then Minister of the Department of Water Affairs and Forestry (DWAF) proposed to parliament that the gum tree plantations in the Mariepskop Mountain be strategically cleared to allow water to flow downstream in the Sand river sub-catchments area. The state forestry plantations that were marked to be cleared by then are:

The Cabinet decision (Lowveld State Forest Exit Plan: Project Number 2005-070) to strategically clear gum tree plantations in the Mariepskop Mountain clearly indicates the detrimental impacts these ever-green, ever-thirsty alien trees have on water downstream flow. Gum trees have a severe stream flow reduction effect on the rivers. Gum trees have incredibly strong and long root systems that have been measured over 50 metres. They can pierce through the underground water table and steal water from the ecological reserves. 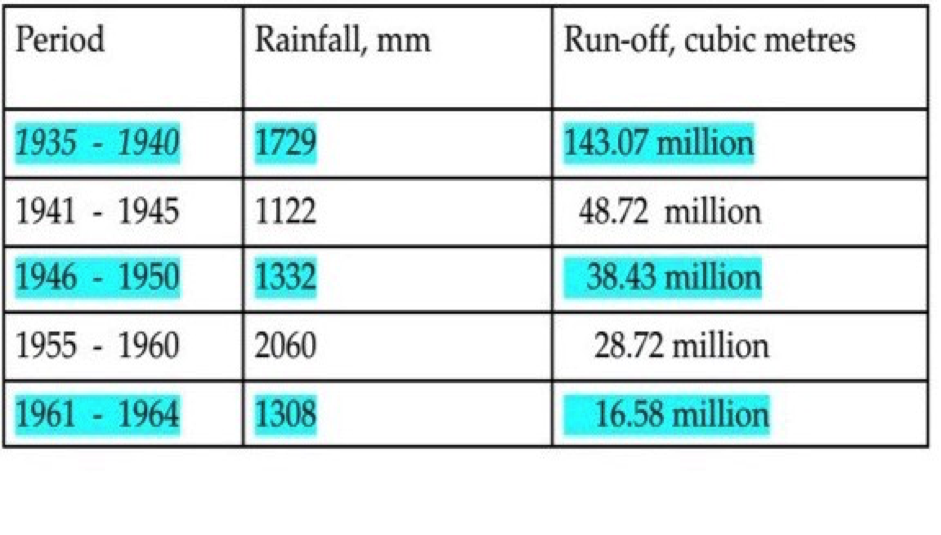 The above graph illustrates the water run-off in the Klaserie river (Van der Schyff N.P and Schoonraad E)

Up to late 2016 the Sabie river catchment was known to be prestigious and far better, compared to the lower Sand river catchment. But since 2016 that has changed drastically, when the mighty Nwaritsane and Nwaritsi rivers, which are the main two rivers that feed into the massive Injaka Dam, stopped flowing completely and the Injaka Dam was dangerously low at only 26%. Injaka Dam has not been full over for the last few years now. The Sabie and Sand sub-catchments are both over planted with ITP’s and the rivers are flowing at their lowest levels known. The drastic change in weather patterns caused by climate change and global warming is also contributing to the shortage of water in these catchments.

Nwaritsane River is very close to Masana village where I grew up. I remember swimming and fishing from this river when I grew up. It never crossed my mind that it could one day run out of water completely. Since 2016 to date Injaka and Nwaritsane Dams have experienced severe water shortages between June and February. The fact that we are facing climate change further necessitate that we change the rules and regulations governing the forestry industry. Large scale ITP’s like the gum and pine trees have adverse impacts on the environment and interfere with the natural functions of the ecosystems.

In some instances the invasive gum trees grow across rivers, streams, dams and wetlands. Gum tree plantations reduce water downstream flow, destroy grasslands and wetlands which are very important part of traditional health practices. Traditional health practitioners (THP’s) use clean water to perform their rituals, get specific medicinal plants from the wetlands and some are sacred sites. Grasslands host over 4,000 different species of bulbs, shrubs and plants that are used by THP’s when plying their trade. Plantations, if planted for a long time, cause irreparable damage to land and interfere with the ecosystem services and functions.

The Sabie river catchment, which has been a reliable source of clean water for many, many years, has had a seasonal water downstream flow problem since 2016. With the changing climatic conditions, this could just be the beginning of real water shortage in Bushbuckridge. ,

The picture below is of the Injaka Dam Bridge, it shows the lowest levels of this dam since it was built. The situation could be worse in in future if the plantations are not strategically cleared to adjust and adapt to this changing climatic conditions. 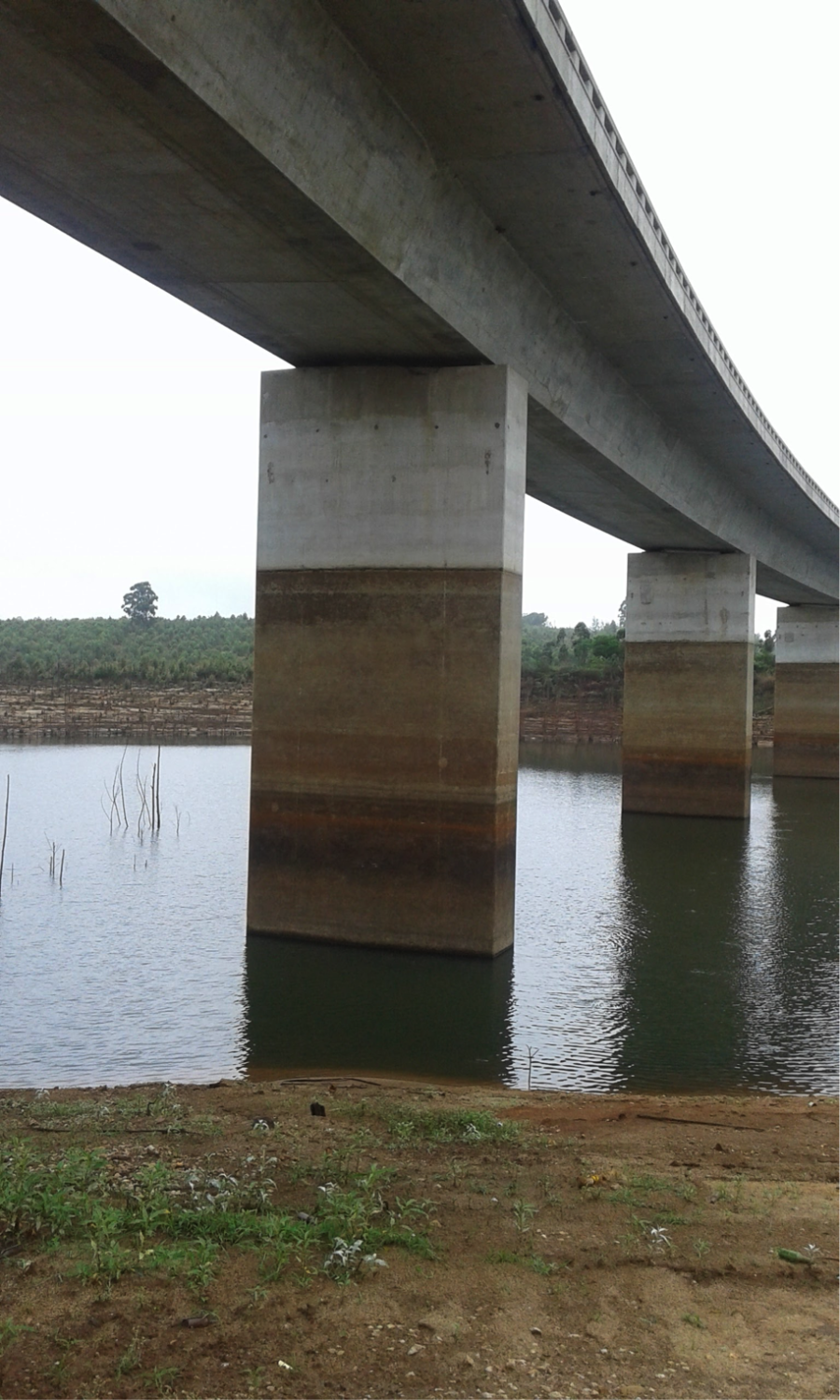