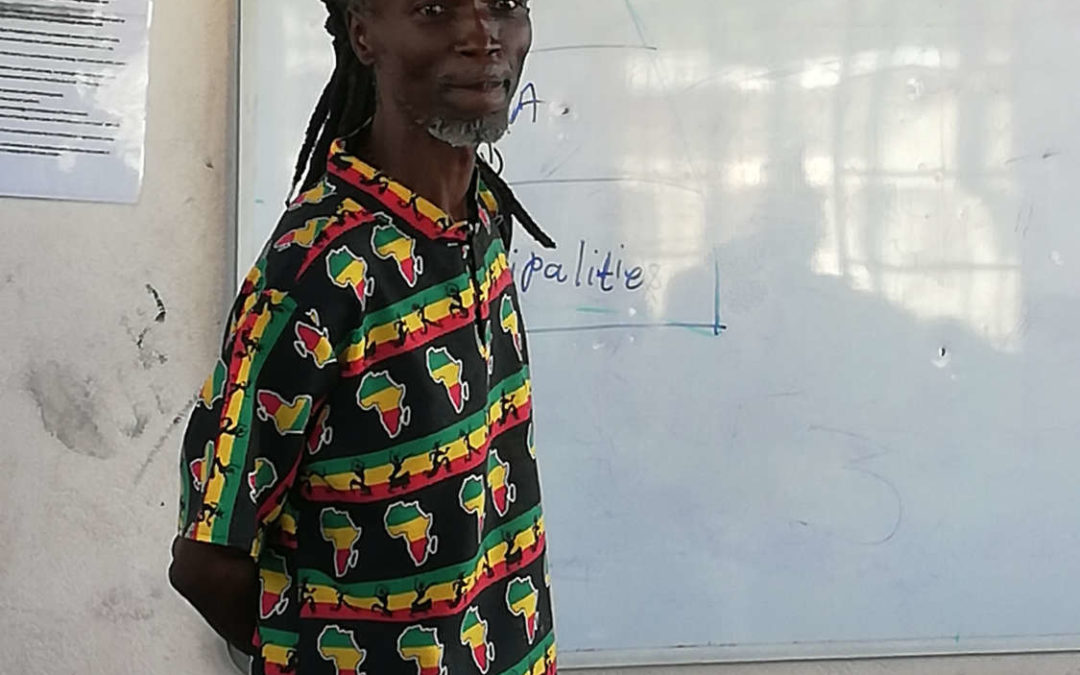 It is the twenty first century, 2020 years AD, the population of Planet Earth is estimated to be about seven billion people (I think the number could be far more than the estimation), we are developmentally in the 4th Industrial Revolution which is a technologically and digitalized advanced era. We are facing Climate Change which is also known as Global Warming. We are living in what is called a “modern world” which comes at a cost to the environment because most of what is called “development” is likely to be environmentally unfriendly. The world is being destroyed in the name of development and job creation which tends compliment climate change and global warming.

In the last few years the world has seen dangerous, destructive and devastating natural disasters that have wreaked havoc across the planet.  In the last three years we have witnessed terrible and severely devastating natural disasters like earthquake,s tsunamis, veld fires and drought. The changing climatic conditions, which are linked to the fact the universe is getting hotter and the ice glaciers melting at a rapid speed and that could lead to serious problems beyond human control.  The Centre for Research on the Epidemiology of Disasters based in Belgium recorded the following climate change-related natural disaster:

These are some of the fatal natural disasters that have happened between 2018 and early 2020, just over a year and a half. Pretty scary, isn’t it? During this one and half or less years there are hundreds of thousands of human lives that have been lost. There are more of these natural phenomena that occurred globally without loss of lives but also causing serious damage to infrastructure, livestock, animals and movable assets.  Africa is not spared the wrath either, the following regions were ambushed by natural disasters between 2017 and early 2020 which resulted in a fatal casualties:

These are just the tip of the iceberg, there were many, many more problems that have been caused by climate change and global warming related phenomena. In South Africa we have had drought and floods. In 2018 -2019 the Western and Eastern Cape experienced severe drought while inland, such as Gauteng, was dangerously over-flooding. Climate change and global warming has been very real and has proven to be very mean as well. During this climate change era everything is extreme, if it rains it floods, or is very hot, or very cold or extremely windy. 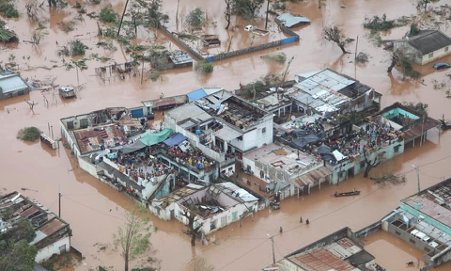 This is during the cyclone Idai in Mozambique, it killed lot of people in Beira and surroundings.

Now the fact that these events happened in a space of about four years or less, one can start to observe that these events happened too close to each other as compared to the way things used to be in the past. In the past natural disasters used to happen at a certain interval, not disaster after disaster, no.  But for some reason beyond my understanding, the opposite is happening. Could this have been a repetition of a warnings? It could well have been a warning, who knows? Only the enlightened knows! Well we probably know by now that disaster does not just happen, there are a series of critical events leading up to a disaster… Is there a disaster? One would certainly ask. Sure there is, the current novel pandemic outbreak of the Corona virus (the COVID 19 virus). The COVID 19 pandemic is the most disastrous disaster of the 21st Century and it could probably be linked to the 4th Industrial Revolution developmental trends. Critical ecosystems components are destroyed to make way for developments which is one of the main factors contributing to Climate Change and Global Warming.

COVID 19 and Climate Change, how do the two relate? Well I find this the most exciting part of this article, to be in the same boat like me, do the following:

As an environmental activist I have been wondering for a long time now as to how do Mother Earth survives all the damage that is inflicted on her day in, day out for hundreds of years. Okay, now here is my personal analysis of the relationship between the current global outbreak of the COVID 19 and Climate Change: the Universe needed to be overhauled and healed. The red light was flicking for too long now hence the sudden break down. The Universe sent last warnings by harshly lashing the world with unusual natural disasters throughout the world. This relates to the series of unusual random natural disaster that happened globally between 2017 to early 2020. Like with your automobile, if you skip its service dates, it reminds you the owner by lighting a red light and display “DUE FOR SERVICE”. If you continue to ignore the repeated warnings, you will surely end up stuck on the side of the road. That is probably the lock down. In case of the car, one can take it in to a mechanic to fix the car. Well with the world, well I think that it has got a “self-curing” ability.  Who knows…..nature is the beginning and the end, it is everything and it can be anything. Nature is life.

For me the global lock down was long overdue and it is very necessary to happen. The world needed to take a break from all the destruction it endures on a daily basis since the start of civilization. Never mind how it started, never mind where it started, but mind about how the world would emerge from this massive shock of being locked down, for the first time ever in this modern history. The world is so quiet and peaceful during this shut down. While humankind is facing the “BIGGEST PANIC” ever, animals are surely rejoicing and enjoying their space, the environment is singing and celebrating with unusual laser-like blinding lightening and ear-shuttering earth quake-like thunder. The heavens released massive rains washing away all the pollutions from our rivers, improving the air quality. The world will most certainly never be the same again.

There are many unusual things that are happening during this global lock down, hydrological quantity and quality are improving beyond people’s belief. Poisonous and toxic dams are reported to be improving and miraculously becoming clean and safe for consumption in countries like in India etc. The Times of India posted an article that read: “Ganga water turns cleaner during lockdown; fit for achaman in Haridwar, Rishikesh” (Times Travel – Apr 15, 2020). Here is the link to the news: https://www.scoopwhoop.com/news/amid-lockdown-ganga-river-water-declared-fit-for-drinking-scientists-claim/?ref=clipboardcopy.

“We stand on the brink of a technological revolution that will fundamentally alter the way we live, work, and relate to one another. In its scale, scope, and complexity, the transformation will be unlike anything humankind has experienced before. We do not yet know just how it will unfold, but one thing is clear: the response to it must be integrated and comprehensive, involving all stakeholders of the global polity, from the public and private sectors to academia and civil society” (World Economic Forum, 16 June 2016).

N.B. December JG Ndhlovu is not a scientist, geologist or a weather specialist. He is a public interest environmental activist. The above analysis is purely his personal opinion.