Embracing and defending a woman’s vulnerability 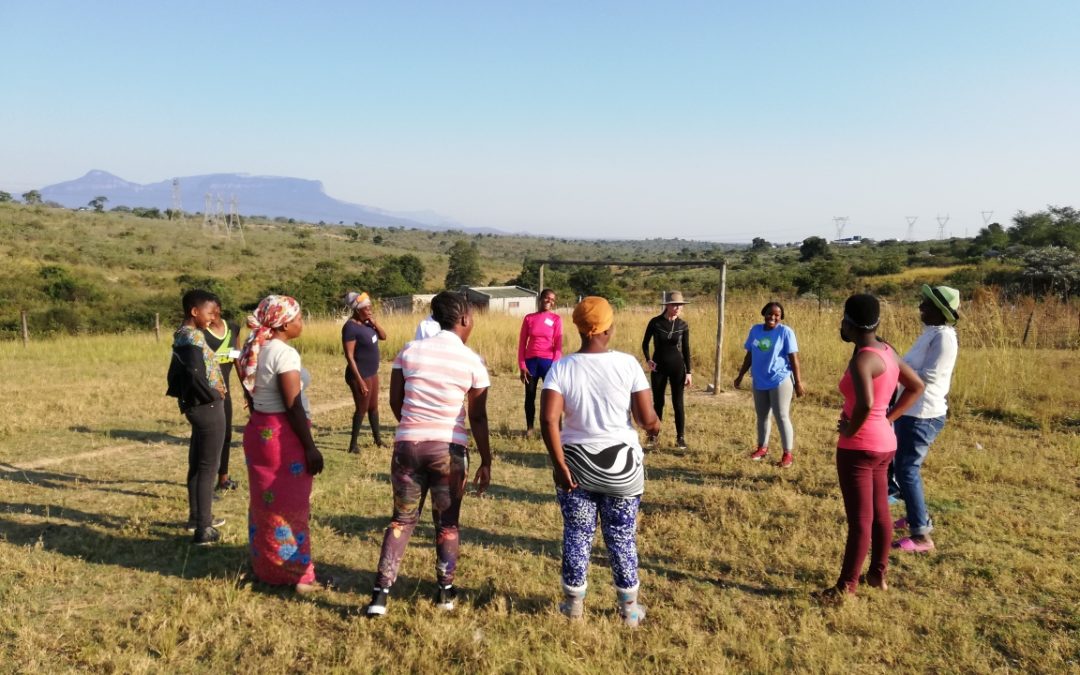 Looking at the history of women in my lineage, I have come to realise that women are not given the platform to be fragile and sensitive. They don’t need permission from anyone but culture has taught us to conduct ourselves in a certain way. We are often ruled by the pressures of society to be strong, features that are persistent at all times even in our trial moments. We are obliged by our culture to consider other people’s feelings before our own, to be more accommodating. This has been passed down to us from our grandmothers.

We are the women of Sekwanele, from rural Mpumalanga, South Africa, and we are saying, ENOUGH IS ENOUGH.

In our recent meeting with the South African Police Service (SAPS) at one of our self defence fitness sessions on the soccer ground of our village, some of the women were sharing their experiences with domestic violence. I’ve come to witness that women in abusive relationships tend to bottle up the bitterness of their trauma. They seem to feel the need to continuously mask their emotions and in most times this derails the process of reporting the perpetrator to the authorities. Mostly it is because of the amount of passion and sympathy they feel for the abuser; it could be the husband, culture and religion put pressure on victims to  maintain a good marriage. The violence might have taken place in a short period of time so that the perpetrator might be apologetic, more calm, loving and persuasive towards the victim making them believe that it will never happen again. The women feel the need to be strong for themselves and their dependants; they can’t afford to be weak.  Vulnerability is for the weak, as some elements of society put it.

Most rural women are economically vulnerable; there are issues of unemployment and poverty which lead to them being victims (along with their children) of abuse because they are dependant on the abuser. In our  culture women are expected to be responsible for things that men are not (like raising children after the man has left). They have to maintain their strong character even when they are brittle inside.  In my village women feel abandoned by everyone – they have lost trust in the Tribal Authority, local municipality and SAPS  because at some point these people have failed them. They couldn’t serve them with respect and dignity.

Women in my village  were never taught to sit down and embrace themselves. I think it is human nature that when we speak about our trauma it’s almost impossible to look for professional help because we feel like we have done some part of our healing by just talking about it. It takes more than that – we need professional help to completely heal.

This is the same reason why some women get depressed, leading to PTSD (post traumatic stress disorder).  Society, culture, religion expects women to behave in a certain conduct. We should be graceful and not aggressive when arguing. We need to teach women how to honour their emotions. To be in touch with our emotions.To acknowledge the fact that we need to cry and some days we need to be happy .

Throughout the meeting with SAPS the ladies voiced how they would like to be treated by the police.  They gave out testimonies on the cases they had reported and how they were ill treated by certain police officers in the department, for example one of the woman spoke about her case not being taken seriously after she had laid a charge, she had to continuously ask if the culprit had been arrested or not.  You could see by the amount of pain in their eyes that hope has been lost.  For them it felt like they were reliving the moment.

We want to give SAPS time to fix their system. The question is:  will they deliver ?

We want to create a system where there is trust between women in this country and SAPS. This platform of healing needs to expand and be effective :  we want cases of GBV (gender based violence) to be taken seriously, we want privacy to be given to GBV victims when reporting cases at the charge office, transportation to be given to victims who need to return home, SAPS shelters should be utilised, for victims to be informed of their rights and options, for the police to make an effort to find someone to assist with translation if the victim does not understand.

Talking to other women is one of the steps but talking to a professional counsellor or psychologist is ideal for trauma victims. We who have been victims feel inadequate because someone has taken a huge part of our being. We need to show empathy towards ourselves first, embrace the fact that we  have been broken, and that it is time for self healing and believe that healing is possible. 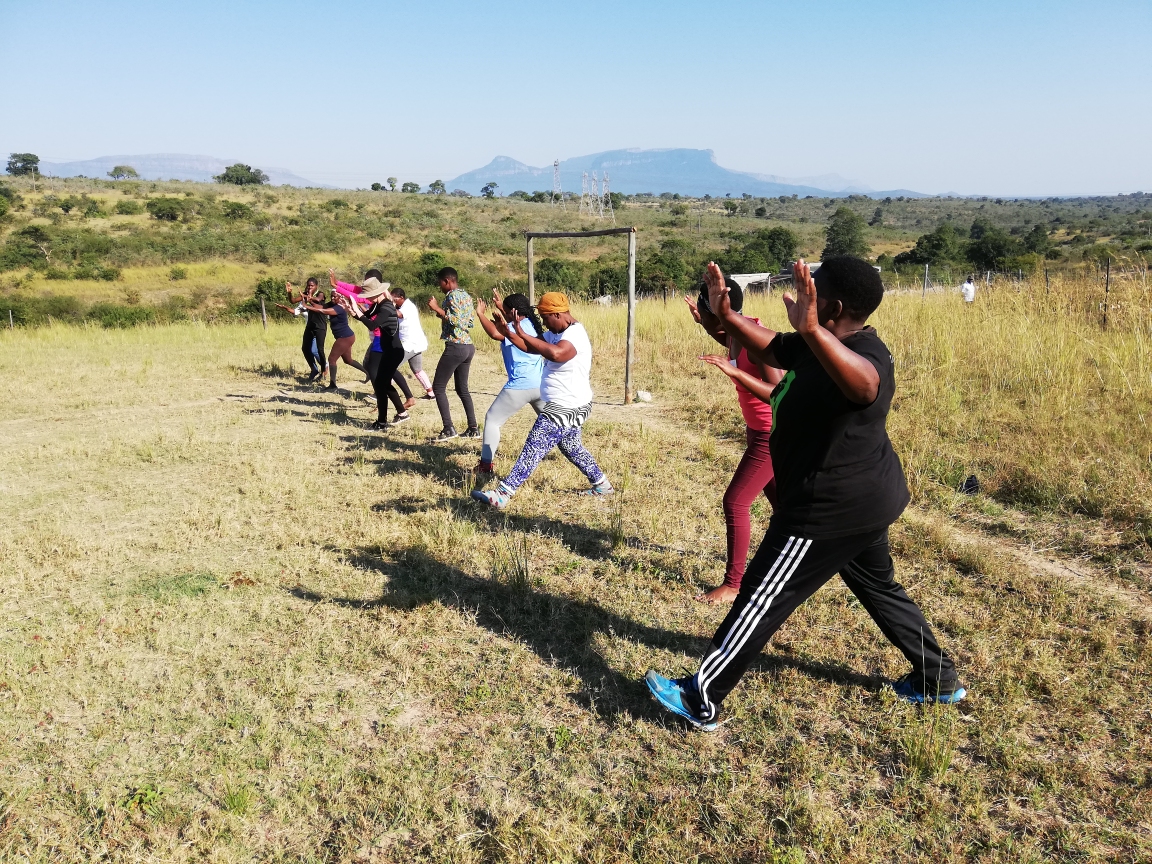 Self defence class beneath the Drakensberg Mountains

Learning self defence has brought healing to many of the women in our class. The shouting, shaking, punching and kicking helps one to relieve stress from the body. It helps with emotional stability and increases self confidence and social skills;  some of the women were passive at first but now we see change in the way they conduct themselves.

In Sekwanele, it all starts with speaking in our morning circle before class, speaking our truth and exhaling the negative energy that has bondage over our lives, whilst being witnessed by the women of our community who are reclaiming their dignity, health and power.  By being strong physically and emotionally we become warriors and queens. As Brene Brown says,  “Vulnerability is the birthplace of love, belonging, joy, courage and creativity.“