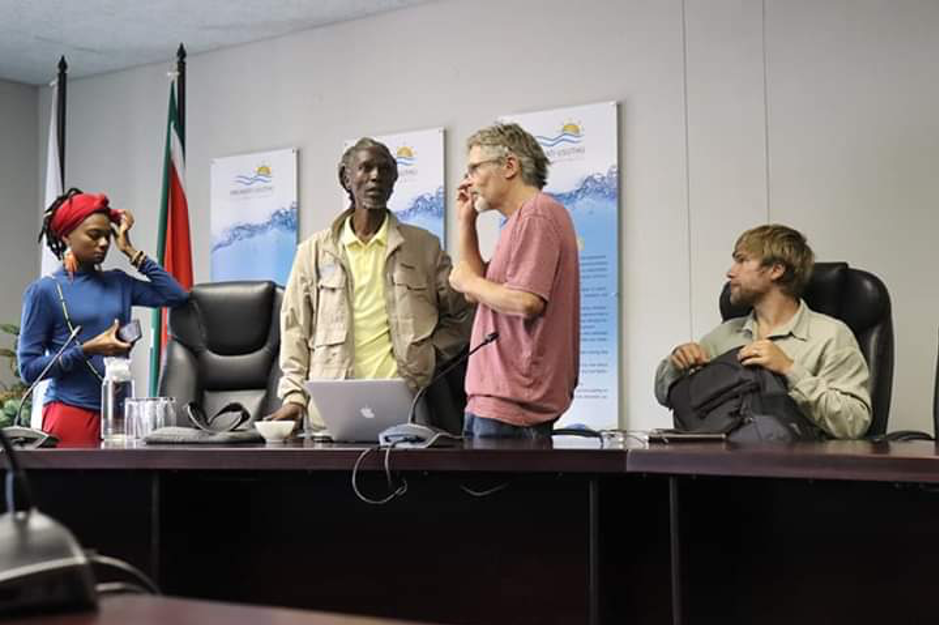 On the 16th of March 2020 I was invited to be part of the dialogue between Inkomati Usuthu Catchment Management Agency (IUCMA) and environmental activists that are concerned about the imminent conversion from pine tree plantations into gum tree plantations. The SAPPI NGODWANA SAW MILL is converting its pine trees into eucalyptus plantations. The dialogue happened in Nelspruit IUCMA’s offices. The dialogue was attended by about six people from civil society and seven people from the IUCMA and was chaired by Dr Jennifer Molwantoa (Executive: Water Resource Management).

The dialogue was necessitated by a complaint that was launched by Mr Philip Owen (GeaSphere) to the IUCMA because the plantation industry was refusing to review their water use licence from pine trees to gum trees. It should be compulsory to review and amend the water use licence when one is converting from pine trees to gum trees because gum trees use more water than pine. He also submitted a letter of complaint to the Forest Stewardship Council (FSC), which is a body that is tasked to monitor forestry operations globally. This dialogue was prompted by the fact that the forestry industry made a presentation on the 21st of February during a Crocodile Catchment Management Forum meeting (CMF) where they insisted that there was no constitutional obligation for them to review or amend their water use licence. The fact that they denied that gum trees use more water than pine, is a clear indication that the industry is a law unto itself. How can they deny evidence that has been proven through much scientific research? It shows that the industry disrespects the Crocodile CMF and its stakeholders.

The fact is that world is facing climate change and global warming which has a huge negative impact on water, particularly as South Africa has been prone to this in the last 3-4 years. I personally think that the rules and regulations governing the establishment of large scale monoculture commercial timber plantations must be reviewed and amended to be in line with climate changes mitigation strategies

Civil society caucusing before the dialogue

In this meeting Mr Philip Owen presented first, followed by Mr Tony Fereira, who is a veteran environmentalist with experience spanning over 40 years in the environmental field. I was the last to present. In my presentation I raised the problems relating to compliance by the timber industry. It was once again a good opportunity to remind the IUCMA about the 2000/01 Cabinet decision to strategically clear gum tree plantations on the Mariepkop Mountain, a process that was never concluded. In 2000/01 the government took a decision at the cabinet level to clear some plantations in the Moholoholo/Mariepskop Mountain range. The decision was to free up water for the communities in the outskirts of Bushbuckridge’s Sand river catchment that was experiencing shortage of water downstream flow in their rivers.

I also raised my concerns about the way one senior manager of the IUCMA made it difficult for me to raise the issue of gum trees impacting water downstream flow, to which she apologized unreservedly on behalf of the IUCMA. Another issue that I raised was that the Nwaritsane Dam, which one of the two rivers feeding into the Injaka Dam, has been observed that from 2016 it stops flowing between September and February. I personally brought this issue to the attention of Dr Thomas who then dispatched relevant personnel to investigate. Upon investigating, Mr Brian Jackson, the then river operations manager within the IUCMA, found out that indeed the Nwaritsane Dam was not overflowing and the ecological reserve was almost zero. Mr Jackson then released 2000 litres of water per second into the Nwaritsane River for ecological reserves.

In conclusion I requested that the IUCMA do the following: 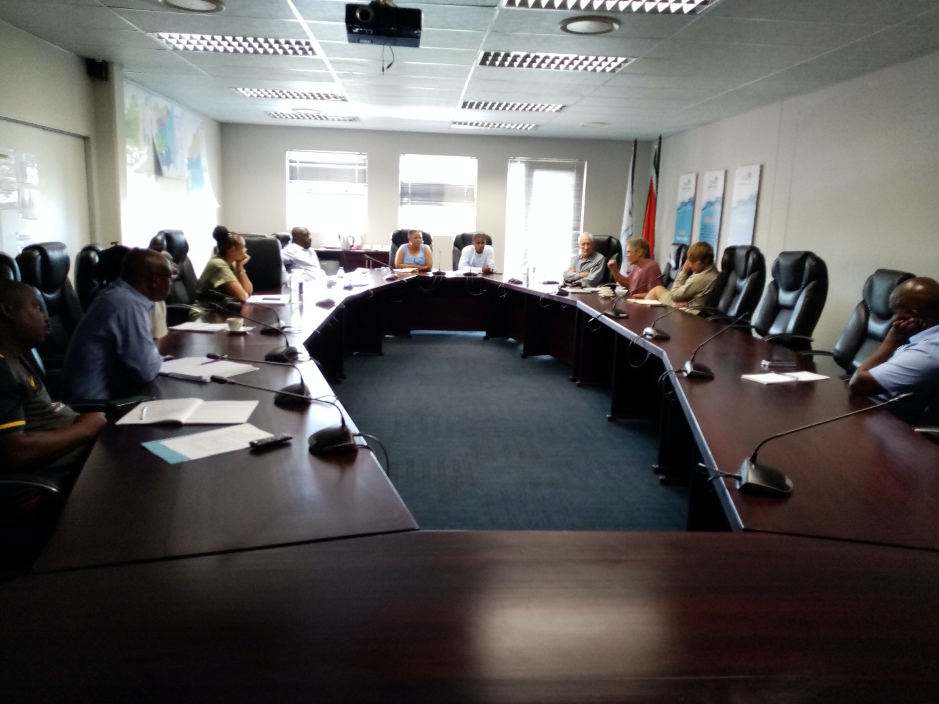 In her response Dr Molwatoa said that there is a need for the forestry company to review and amend their water use licences if they convert from pine to gum trees because gum trees use more water than pine trees. If changing from pine to eucalyptus, one is required to plant 30% less to minimize water usage. She promised to engage SAPPI about the transgression. With regards to the requests, she agreed to send a team to investigate all and also to follow up with relevant departments about the cabinet decision. The chair then gave the chance to her colleagues to add comments and responses. Mr Makhubela summed up the details of the chair’s responses in relation to the Constitution and the Water Act. She concluded the dialogue by thanking the GeaSphere, Mpumalanga Water Caucus and the entire entourage for a constructive engagements.