Providing a platform for a network of civil society activists and implementers who have participated in the Changing Practice course, who are fighting for environmental and social justice.

Following a successful two year Changing Practice course with participants from the South African Water Caucus, 2017-2018  EMG’s water and climate change programme, in partnership with Rhodes University’s ELRC and AWARD, ran a Changing Practice course with water activists from throughout the Olifants catchment, in Mpumalanga and Limpopo. What really made this course exciting was that it brought together activists from throughout a single catchment – the Olifants catchment – and although all of the organisations represented focus on a diverse range of issues, they are deeply connected through the shared river they are all striving to protect. Jane Burt, the course facilitator, described the group as ‘deeply passionate, committed and doing incredible work already’. They all participated in the CSO Indabas hosted by AWARD. The organisations represented by participants on the course are Action Voices, Come-Act, CULISA, Itumeleng Youth Project, Khulumani Support Group, Mpumalanga Water Caucus and Sekhukhune Environmental Justice Network. To read more about these organisations’ work and to see the booklets they produced, please see the EMG blog.

We will track the ongoing work of these amazing activists through our Changing Practice blog written by December Ndlovu monthly.

The Mpumalanga Water Caucus (MPWC) network held its Lowveld region meeting on the 3rd of October 2019 in Dwarsloop, Bushbuckridge. The meeting was attended by about 40 people which included traditional health practitioners (THP’s), local small scale farmers as well as illegal waste and river cleaning volunteers. The attendants were mostly women, some youths and few men. The purpose of this meeting was to report back on the progress of last year’s resolutions that were taken during the MPWC AGM and to plan for the future.

The welcoming remarks was done by Mr. Fannie Mashaba, one of the founding members of Hlakaniphani Traditional Healers organization, which is based and has its office in Dwarsloop. In his opening remarks Mr. Mashaba said that THP’s have been collaborating with MPWC since around 2009 and they have learned a lot from since then. He emphasized that it was very important that they work closely with MPWC because the issues are the same. “I have personally learned a lot from MPWC, in short I’m what I am because of this network, it taught me so many important things about environmental and water conservation” said Mr. Mashaba. He encouraged that everyone participate fully and enjoy themselves. 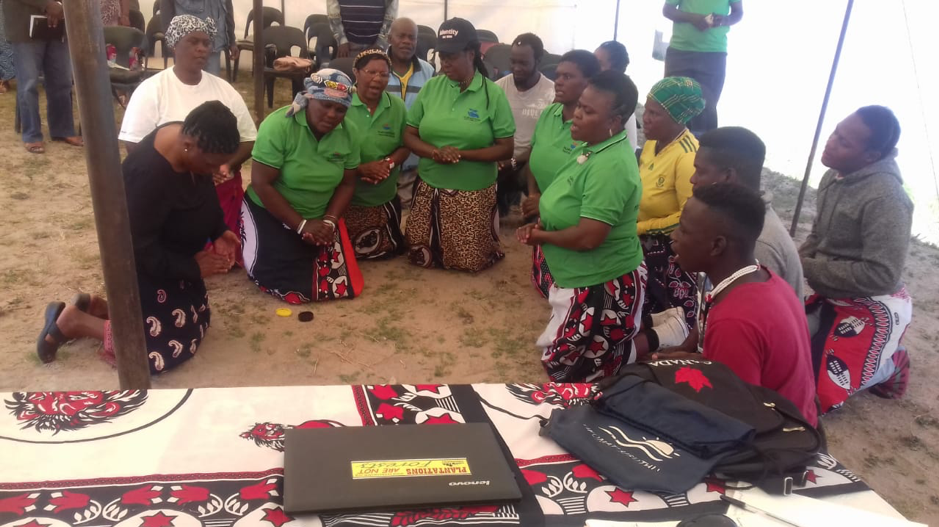 Apologies from the IUCMA Bushbuckridge satelite office, they could not attend as they were attending to a memorial service of their colleague who lost her son. December Ndlovu apologized on behalf of the provincial Coordinator, Ms Thelma Nkosi, Lowveld and Highveld coordinators Xolisile Temba and Bafana Hlatswayo who all could not attend because of financial constraints.  There was an apology from Department of Environment and Agricultural (DEA) from someone that was to talk about the application license for Medicinal Cannabis. 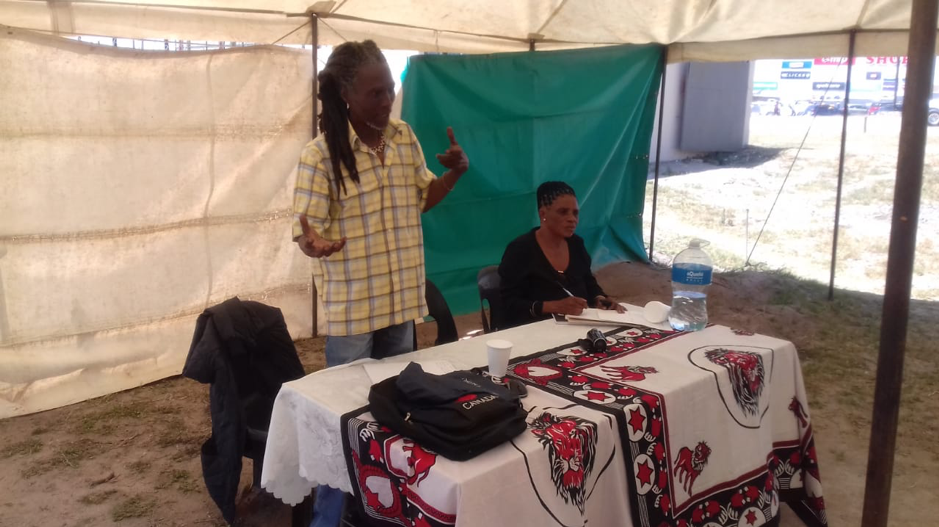 The background and relationship of the MPWC and Traditional Health Practitioners was detailed by Mr December Ndhlovu. This relationship started around 2009 when MPWC was commissioned by the then Department of Water Affairs and Forestry (DWAF) to do a study about the impact of large scale industrial timber plantations in Bushbuckridge. We found out that THP’s are also affected by the shortage of water downstream flow, also affected by the drying up of wetlands and wells. THP’s are also affected by the destruction of grasslands because it has more than 4000 different types of medicinal bulbs, herbs and shrubs that is vital for plying their trade effectively.

Progress report of the previous AGM

Register a CBO that will raise funds for the MPWC network.

It was agreed that the coordinators should register a community based organization (CBO) that will raise funds for the MPWC network since it is not registered, just a loose network. Unfortunately this could not happen because there were no funds for registration.

THP’s to register their own organization to be able to fund-raise with.

Traditional Health Practitioners in Bushbuckridge have registered an NPC this year and they have an office space which this very meeting took place. The THP’s organization will raise funds for programmes and activities to support the MPWC. The IUCMA promised to support their Adopt-A-River initiative and they have been requested to submit a proposal for a river cleaning program. The THP’s from Nkomazi are also encouraged to register a cooperative for medicinal nursery.

This was proposed by the Highveld youths since they do not have good soil because of the mining activities that has destroyed the ecosystems in the Highveld region. The Lowveld has got a rich soil that can produce vegetables and herbs to be sold in Highveld because they do not have fresh produce. There are some youths from Mpumalanga youth against climate change (MYACC) that tried to organize some fruits and vegetables from the Lowveld but the deal did not materialize. Nkomazi and Bushbuckridge are areas that have a great potential of producing good organic food for the Highveld and this has to be prioritized once a CBO is registered.

To engage Mr Philip Owen about helping the MPWC network.

It was agreed in the previous AGM that we need to engage Philip Owen from GeaSphere about the possibility of supporting the MPWC network. Mr Owen was approached and he promised to include the network when applying for funds.

The Adopt-A-River and river cleaning campaigns

The Adopt-A-River campaign is still happening in both the Nkomazi and Bushbuckridge regions. It is not as active as it used to be because it lacks supports of protective clothing for illegal waste and river cleaning.

The Women 2030 project is an initiative by the Global Forest Coalition (GFC) and the aim is to bridge the gap of gender inequality and the stigma related to gender. This initiative presents an opportunity to incorporate the SDG’s within the MPWC activities and at the same time gradually engaging with the difficult gender problems within our communities. Unfortunately there were no activities for the Women 2030 project. It needs to be revived and incorporated into the activities of the MPWC network in future.

In 2017 the MPWC Mr December Ndhlovu submitted a PAIA request to DWS to check in on the progress of the 2000/01 cabinet to strategically clear gum trees plantations in the Mariepskop, Salique area. The request was referred to Department of Agriculture, Fisheries and Forest (DAFF). In 2018 Mr Ndhlovu met with the DAFF’s Director of Communications, Ms Sehoole regarding the request. This year, 2019 I met both the Director, Ms Sehoole and the Chief Director of Forestry Operations, Ms Leseke and they both assured that the matter was receiving urgent attention nationally. The process is ongoing until the plantations are removed to free up water for the communities in the outskirts of Bushbuckridge.

The THP’s from the Highveld requested that they be linked to the MPWC Highveld region and its activities. They want to adopt a river and clean illegal waste dumped next to rivers. They also wish to attend the Crocodile catchment management forum to raise the issues that directly affect them as THP’s.

To strengthen the relationship between MPWC and the THP’s

The THP’s acknowledges the abundance of knowledge within the MPWC network when it comes to nature conservation and they wish that MPWC could organize a capacity building workshop. The THP’s will fully support the call to strategically clear the gum trees in the Mariepskop Mountain range. Gum trees plantations interferes with the availability of medicinal plants.

THP’s to be trained to develop organic home gardens

MPWC to engage the Spring of Hope and Zingela Ulwazi Trust about helping with developments of home gardens and permaculture training. THP’s are encouraged to each develop a home garden for food and medicinal herbs. 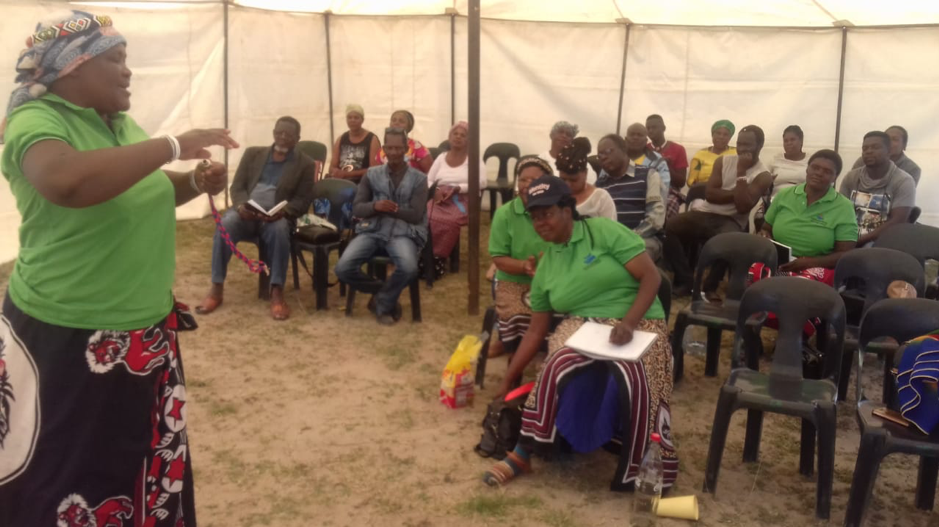 Member of Hlankaniphani Traditional Healers elaborating about the importance of strengthening the relationship with MPWC.

The idea of developing home gardens is very much supported by both the THP’s and the general members because it is regarded as a best strategy to curb hunger and to bridge the gap of medicinal shortages. 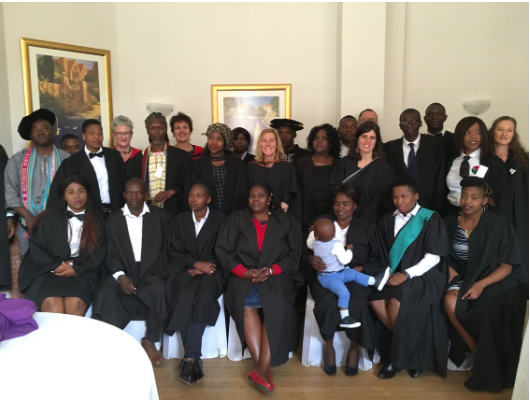 More about these projects 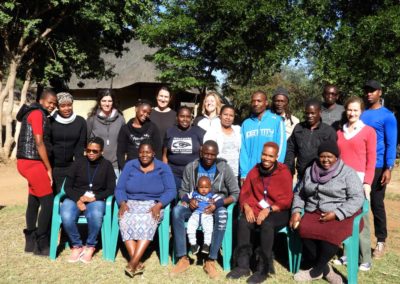 Zingela Ulwazi is honoured to host the Changing Practice blog

Zingela Ulwazi is honoured to host the blog for Changing Practice, a coalition of activists who participated in an 18 month course. ... END_OF_DOCUMENT_TOKEN_TO_BE_REPLACED 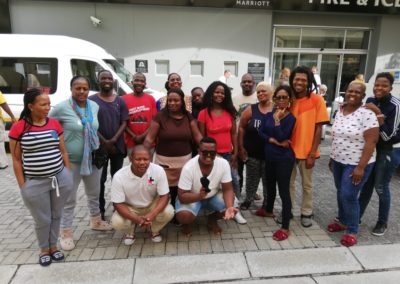 Tokelo attends the 10th Alternative Mining Indaba, 4-6 Feb 2019 First of all I would like to thank each and every one who donated and ... END_OF_DOCUMENT_TOKEN_TO_BE_REPLACED 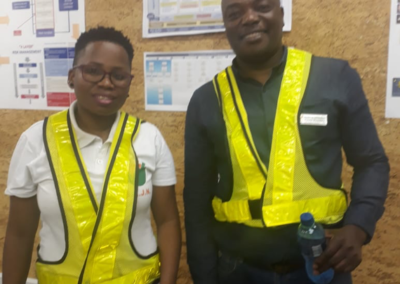 Community activists as catalysts for change

By December Ndhlovu In the last 10 years, the Water Research Commission (WRC) presented an opportunity to community-based environmental END_OF_DOCUMENT_TOKEN_TO_BE_REPLACED